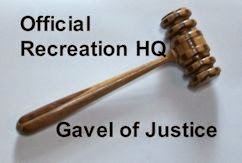 The Recreation HQ wants to congratulate the Oregon State Snowmobile Association and partners regarding a recent legal victory where a federal court issued a decision  that rejects the “user conflict” and “minimization” arguments filed by anti-access groups.  The case was regarding the Kapka Butte Sno-Park project on the Deschutes National Forest.
OSSA Legal Victory including link to Court Decision
http://www.oregonsnow.org/page4731122758.aspx
HQ believes there is a growing body of legal cases that are building support for the concept the FS and other federal land agencies can designate roads, trails, and areas for both summer and winter motorized recreation.
HQ Overview of the Minimization Issue
http://thegeneralsrecreationden.blogspot.com/2013/01/stanislaus-court-decision-and.html
Anti-OHV groups in OR were also rebuked by the court in 2010 when a federal judge rejected their petition to block construction/designation of a short OHV connector trail from Riley Ranch (a county OHV park) to the OR Dunes National Recreation Area.
Riley Ranch Decision
http://theworldlink.com/news/local/no-riley-ranch-appeal-planned/article_186e3d32-3fc2-5c61-a633-5ce75d192c5b.html
“Minimization” is a ploy anti-access groups have been trying use as a legal tool to force the agency to restrict or even ban OHV/OSV use during travel planning efforts.
OHV users in Idaho won a 9th Circuit Court of Appeals Decision which also nuked the concept of minimizing OHV/OSV out of existence on public lands.
9th Circuit Court Decision in Idaho
http://www.sharetrails.org/news/2014/01/08/recreation-groups-cheer-circuit-court-victory
There also was another case in the 9th Circuit regarding an AZ BLM travel planning process.
9th Circuit Court Decision in AZ
http://thegeneralsrecreationden.blogspot.com/2013/06/ohv-gavel-of-justice-new-9th-circuit.html
There are two other recent cases in NV and CO where the court ruled against the concept that minimization means closure.
NV and CO legal cases
http://thegeneralsrecreationden.blogspot.com/2013/03/legal-update-minimization-does-not-mean.html
These and other legal cases should help bolster the spirits of users and those agency planners who want to treat all recreation groups in a fair manner.  Minimization and user conflicts are important concepts to remember and address in planning efforts but there are ways to mitigate those concerns other than closure.
Original link
Original author: Don Amador
×
Stay Informed