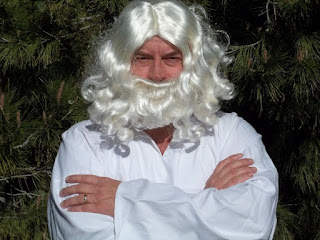 Please enjoy this just-for-fun annual posting from Donstradamus on his top ten OHV predictions for 2013.   As usual, these predictions spare nobody or issue
from being exposed by his crystallized ball (actually a well-used ball bearing - from an OHV - that is highly polished so as to more accurately reflect on the future of OHV).

10 - President Obama takes family to Yellowstone and tours the area on snowmobiles. The president enjoys it so much that he issues an executive order that codifies OSV use there in perpetuity.

9 - Federal land agencies official adopt “OHV recreation” as the only cost-effective management tool to eradicate non-native invasive plant species in coastal dune areas. OHV use is prescribed and rotated in both motorized and non-motorized dune areas to address encroachment of non-native vegetation into open dune areas which are prime breeding grounds for the snowy-plover. Snowy-plover populations skyrocket as a result. 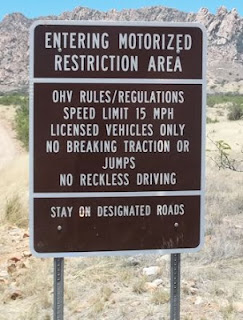 7 - A pro-OHV benefactor in Germany or France donates $5M to several non-profit OHV organizations in the USA to help prevent off-road riding opportunities on public lands in America from suffering the same fate (i.e. banned) as they have in Europe.

6 - Kid Rock or another OHV friendly recording artist releases a new single that extols the virtues of family-oriented motorized recreation. The song tops the charts in a few weeks and remains popular for several months.

5 - At least two Indian Tribal councils in the West vote to open an OHV park. Those new facilities will include hardened campsites; some RV hookups, designated trail systems of at least 75 miles, and a kiddie track where parents can watch their youngsters learn to ride.

3 - The 1st ever urban “all-electric” OHV park is approved in a large metropolitan area to encourage use of electric-powered OHVs. The Department of Interior decides to help support the project by installing a large wind turbine that will provide taxpayer subsidized free charging stations for the users.

2 - The CA OHV local assistance grants program gets welcome boost when the attorney general’s report finds that all 35M of the hidden “OHV money” in the state parks scandal can be used to restore the grants program to 26M for the upcoming grants cycle. The report also recommends that all OHV-related funding pots receive permanent protection from future raids by the legislature.

1 - Realizing that OHV use is an important partner in resource management and land access, The Nature Conservancy creates a new branch of OHV Recreation at their main headquarters. TNC’s new endeavor identifies numerous OHV opportunities on their existing inholdings which becomes an important factor in the public/private land recreational opportunity matrix.

BONUS PREDICTION: Luddite movement grows in OHV community as more riders cast aside GPS units because they are too distracting. Instead, they choose to rely on maps and traditional pathfinder skills to navigate public roads and trails.