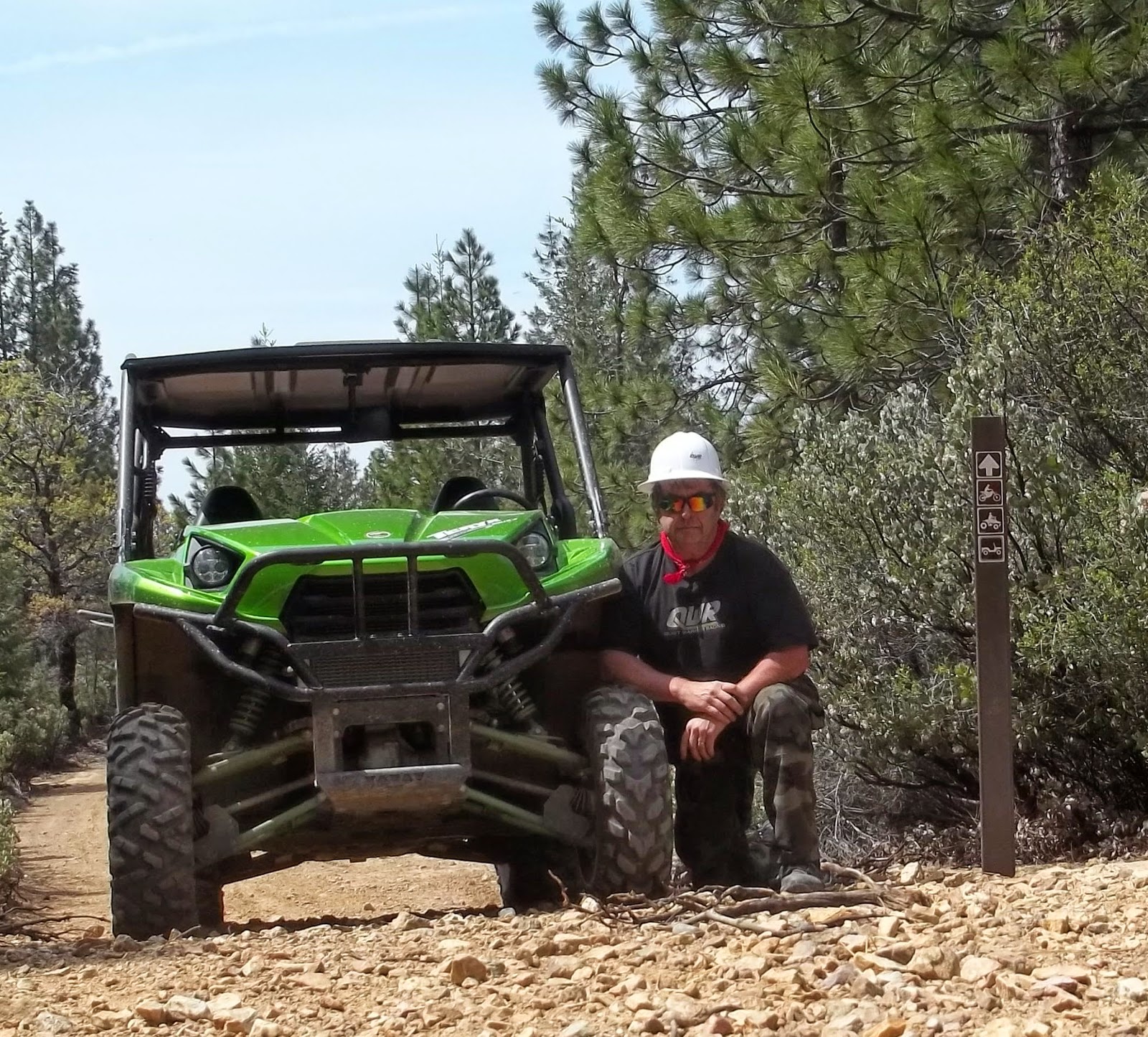 I may still try and get there about 2pm on Wed. and do a pre-storm tour of the SVRA.  Let me know if you will be there on Wed. for the pre-storm tour.  Send RSVP to: This email address is being protected from spambots. You need JavaScript enabled to view it.


The Recreation HQ would like to invite all interested OHVers to attend the CA OHMVR Commission tour of Oceano Dunes SVRA at 8:30 a.m., Thursday, December 11, 2014 and the OHVMR Commission meeting on Friday, December 12, 2014 Friday, 8:30 a.m. – until adjournment, Marie Callender’s Conference Room, 2131 Price Street, Pismo Beach, CA 93449.
Link to Official OHMVR Commission Announcement
http://ohv.parks.ca.gov/pages/1140/files/01-notice_dec-11-12-2014_comm_tour-meeting.pdf
Link to Dec. 12 OHMVR Commission Agenda
http://ohv.parks.ca.gov/pages/1140/files/02-agenda-ohmvr-commissionmtg-dec-12-2014.pdf
This will be a great opportunity for OHV interests to attend the commission meeting to learn about important issues such as the DRECP, new SVRA acquisitions, federal land agency reports, etc.
The Recreation HQ will be there both days.  Please look for the BRC's land use F250 and QWR’s official SxS (Teryx 800) at the tour and meeting.
This is your program and it is important for you, if possible, to attend and let the OHMVR commission hear your views.
See you there!
Questions?  Send email to: This email address is being protected from spambots. You need JavaScript enabled to view it.
Original link
Original author: Don Amador
4516 Hits

Are you "Trail Proud?" As I enter 25 years of service with BRC and QWR celebrates its 5th year anniversary in 2015, I believe that OHV has a lot to be proud of.
OHV is no longer relegated to the political sidelines like we were during the Spotted Owl battle in the early 1990s.  Motorized recreation has matured and now joins other public land stakeholder groups as a respected and important member of the land use equation.
Being “Trail Proud” is a term that OHV should consider adopting as a way to express our passion for the sport and to codify our belief that responsible motorized recreation on designated roads, trails, and areas is here to stay.
Original link
Original author: Don Amador
4188 Hits

ON ANY SUNDAY: THE NEXT CHAPTER - Passes Torch and Reaffirms our Destiny 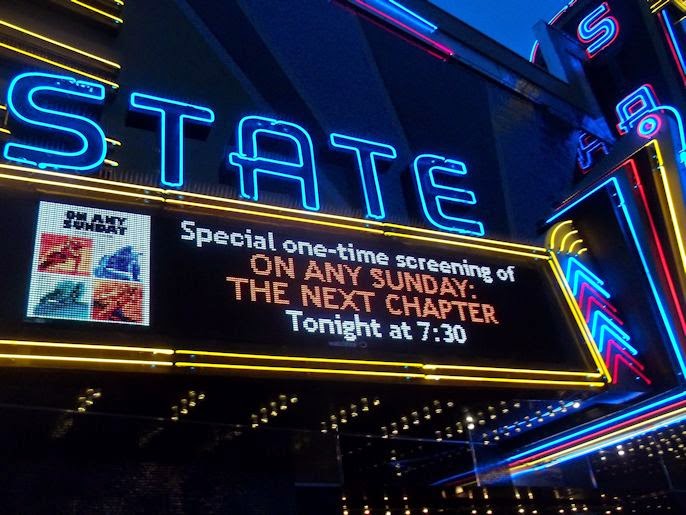 Movie Review/Opinion
By Don Amador
Date: November 23, 2014
*Permission to reprint is hereby granted
ON ANY SUNDAY: THE NEXT CHAPTER  - Passes Torch and Reaffirms our Destiny
As somebody who started out riding motorcycles in the 1960s on a push-rod Honda Trail 90, I may not be the best person to offer an unbiased review of On Any Sunday:The Next Chapter but I will try.
Don Amador (L), Kenny Roberts (C), and Jerry Fouts (R)
Last week, I attended the one time showing of the movie at The State Theatre, a 500-seat venue, in Modesto, California on behalf of the BlueRibbon Coalition (BRC), a national trail-based non-profit recreation group.  I want to give some major props to Jerry Fouts, the current president of AMA District 36, for organizing this event as a fundraiser for the BRC Legal Program to help support our collective effort to keep trails and riding areas open for OHV use.
Racing legend Kenny Roberts, theatre management, Jerry Fouts, local sponsors, and I welcomed motorcycle and powersports enthusiasts to the SOLD OUT event. Little did we know just how well the broad demographics of those attending Dana Brown’s sequel to his dad’s classic masterpiece would be mirrored in the movie.
The film focused on youth riders, family fun, and a new generation of professional competitors from various disciplines.  It also weaved in some inspirational stories of riders such as Doug Henry, Jake McCullough, and Ashley Fiolek.
Robbie Maddison and Travis Pastrana wowed the audience with their passion for the sport and their unbelievable motorcycle stunts which often left folks speechless and/or hanging on to their seat.

On an international basis, the show featured the current stars of MotoGP, medical staff using motorcycles to serve backcountry areas in Zambia, and busy commuters in Vietnam.
The Modesto event was partically rich because one of the On Any Sunday-era stars, Kenny Roberts, was at the theatre signing posters and visiting with the attendees.  That movie was shot 43 years ago by Dana’s father, Bruce Brown.
I felt the short interviews with motorcycle icons, Kenny Roberts, Mert Lawwill, and Roger DeCoster appropriately “passed the torch” to this newer generation of riders and professional athletes.
Star of Original On Any Sunday, Malcolm Smith (C) with
Ray Kidd (L) and Don Amador (R) at Sound Day at
Malcolm's Shop in Riverside
In my opinion, the most notable “update” in the film came when several riders talked about the loss of trails and riding areas over the last 40 years.  This segment only lasted for about a minute, but it is historic as this is the first acknowledgment (that I know of) by a major production company that “land-use” is now an important aspect of the sport.  Maybe it wasn’t an accident that this showing in Modesto was to benefit the legal fight to preserve riding opportunities for current and future generations.
As people streamed out of the theatre after the movie ended, I noticed a lot of smiles on young and old riders alike.  For those of us who are passionate about, and hard-wired for, motorcycles, the show was a personal reaffirmation that our sport is not a choice but our destiny.
# # #
Don Amador is a contractor to the BlueRibbon Coalition and serves as their Western Representative.  Don is also president of Quiet Warrior Racing, a motorized recreation consulting company.  He writes on recreation and land-use issues from his office in Oakley, CA.  He may be reached at: This email address is being protected from spambots. You need JavaScript enabled to view it.
Original link
Original author: Don Amador
4469 Hits 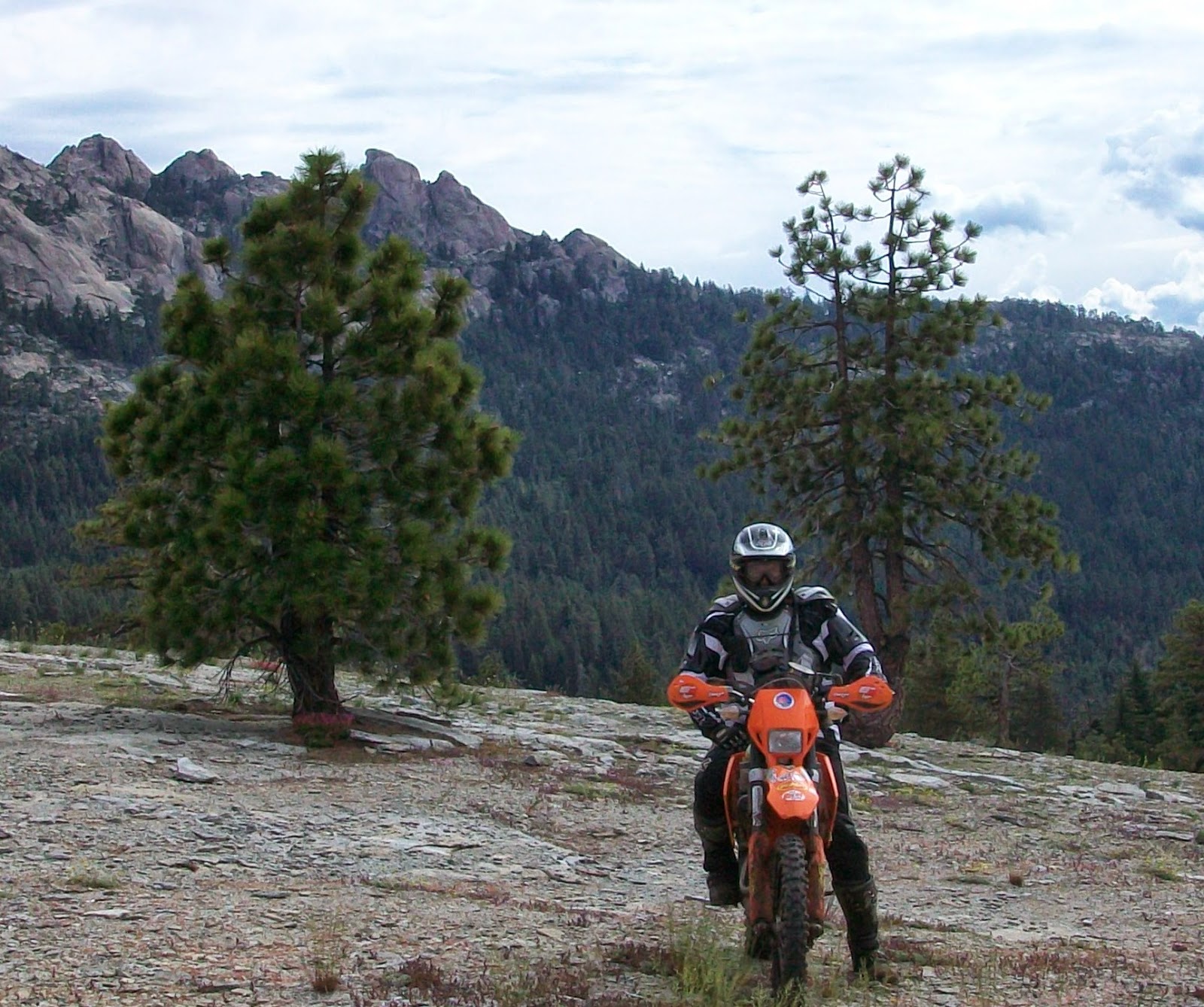 Don Amador Near Bass Lake on the Sierra NF
The Recreation HQ wants to alert motorized recreationists who value OHV recreation on the Inyo, Sierra, and Sequoia National Forests about the Forest Service extending the public comment period
For the Wilderness Evaluation until 12:00 pm (noon) on Wednesday, September 24, 2014.
Here is text from the FS update:
Due to agency internal technical errors, our database for accepting wilderness evaluation comments (Talking Points) shut down prematurely on Monday, September 22 at midnight (12:00am instead of 8:00am).
The Forest Service is re-activating the Talking Points website to extend the wilderness evaluation comment period until 12:00pm (noon) on Wednesday, September 24, 2014.
Link to FS update:
http://my.usgs.gov/ppgis/studio/launch/16850
Link to Wilderness Evaluation Webpage
http://www.fs.usda.gov/detail/r5/landmanagement/planning/?cid=STELPRD3803608
BRC Comments on Wilderness Evaluation
http://www.sharetrails.org/uploads/BRC_Cmnts_Adopter_Forests_Wilderness_Evaluation_ISS_09.22.14.pdf
HQ reminds riders that there are many high quality OHV opportunities in all three of these National Forests.   It is vital that you send in comments and attend public meetings.  The public comments for the Forest Plan Revision process are due on Sept. 29.
OHV Bridge Installed to Protect Water Quality
Sierra NF
BRC Alert on Forest Plan Revision Process
http://www.sharetrails.org/alerts/2014/09/03/california--inyo-sequoia-and-sierra-national-forests-announce-scoping-public-workshops-for-forest-plan-revisio
Update on those meetings
I/BRC attended the Early Adopter Forest’s public meeting last week in Fresno, CA,  regarding  the Forest Plan Revision process for the Sierra, Inyo, and Sequoia National Forests (early adopter forests) might impact fire related vegetative treatments, provide sustainable wood products for local timber or biomass businesses, and enhance recreational opportunity.
However, the lack of detail on the maps at the various stations made it hard for stakeholders to identify historic motorized and non-motorized areas and routes.  It was also confusing since the agency appeared to have a two tiered route/area analysis where they tried to clearly identify destination/developed OHV recreation areas but did not seem to focus as much detail on, or inclusion of, several important high elevation backcountry and alpine-type routes and areas.
Although the agency has improved the “recreation” narrative, it appears that more attention should be given to development of a more substantive “recreation strategy” in the planning process.
We talked with agency staff at the “Fire” station about how the Forest Service should protect and mitigate engineered system trail infrastructure during any pre or post-fire treatments or in forest health vegetative projects.  Those projects should be reviewed as to how they might potentially impact motorized use on designated roads, trails, and areas.
I remains concerned that the Early Adopter Forest’s proposed action’s plan will apparently create “quiet recreation” expectations on all landscapes including both motorized (non-quiet) and non-motorized land classifications could be problematic on a number of fronts. Those impacts include obliteration of the trail or removal of water control structures such as rolling dips and catch basins.  Those soil erosion measures can often cost $15,000 to $20,000/mile to install (or replace).  Other sections such as at-risk species, water quality, and ecosystems have the same recreation mitigation deficiencies.
What may be of equal importance to the information gleaned at the public meeting is the visible presence of OHV leadership at the event.  That commitment was noted and appreciated by agency staff.  At the Fresno meeting, BRC was joined by representatives from AMA, AMA District 36, and CAL4WD.
If you value access to public lands, please take some time and review these plans and show that you have a vested interest in recreation by attending a meeting and sending in a comment letter.
Thanks!
Original link
Original author: Don Amador
4473 Hits

OHV Volunteer Workday at Stonyford - Let's Get Ready to Ride! 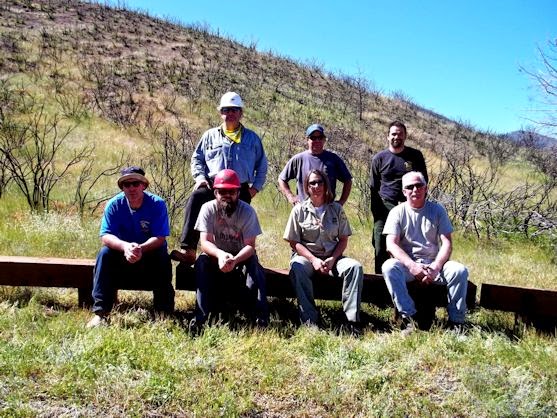